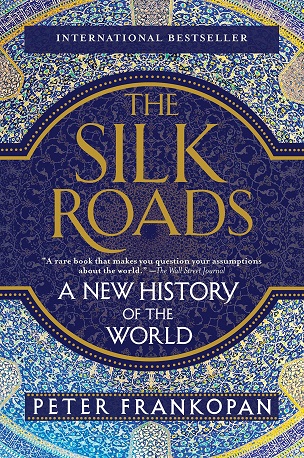 The Silk Roads : A New History Of The World - Peter Frankopan

The Silk Roads : A New History Of The World - Peter Frankopan

Why do we travel? It is a question asked by historians, neuroscientists and anthropologists alike. Why are we driven, physically, intellectually and emotionally, to reach out beyond the horizon toward the unknown; to explore, connect and communicate? That query motivates Peter Frankopan’s splendid study, from prehistory to the present, of the Silk Roads: “the axis on which the world spun”.

The plural is important. Historically, the Silk Roads were a network, not a single highway. The geographical centre of this narrative is Asia Minor, Central Asia, the Caucasus, China and the Middle East; territories that met, traded with and domineered one another along arterial routes of communication. Frankopan freely admits to a boyhood enthusiasm for the region, a zone that for all its centrality remains suspiciously exotic on our world maps.

Now director of the Centre for Byzantine Research at Oxford, Frankopan has a pressing reason to promote the Silk Roads’ history from cultural relegation. How shamefully we in the West have been caught in the 20th and early 21st centuries with our strategic trousers around our ankles, dunderheadedly failing to remember why the map of the Middle East is drawn with such straight lines. Our ancestors would have been horrified by today’s wilful ignorance. Ancient reports of the region (studded, admittedly, with some fantastical nonsense) would put many modern memos to shame. Tellingly, Frankopan includes some recently released diplomatic cables and US political briefings describing Afghanistan, Iraq and Iran that are cringingly callow, and exemplify the danger of living in what the late historian Eric Hobsbawm called the “permanent present”, ignorant of our past.

The No. 1 Sunday Times and international bestseller - a major reassessment of world history in light of the economic and political renaissance in the re-emerging east

For centuries, fame and fortune was to be found in the west – in the New World of the Americas. Today, it is the east which calls out to those in search of adventure and riches. The region stretching from eastern Europe and sweeping right across Central Asia deep into China and India, is taking centre stage in international politics, commerce and culture – and is shaping the modern world.

This region, the true centre of the earth, is obscure to many in the English-speaking world. Yet this is where civilization itself began, where the world's great religions were born and took root. The Silk Roads were no exotic series of connections, but networks that linked continents and oceans together. Along them flowed ideas, goods, disease and death. This was where empires were won – and where they were lost. As a new era emerges, the patterns of exchange are mirroring those that have criss-crossed Asia for millennia. The Silk Roads are rising again.

A major reassessment of world history, The Silk Roads is an important account of the forces that have shaped the global economy and the political renaissance in the re-emerging east.

Chapter 1: The creation of the silk road

Chapter 2: The road of faiths

Chapter 3: The road to a Christian East

Chapter 4: The road to revolution

Chapter 5: The road to concord

Chapter 6: The road of furs

Chapter 8: The road to heaven

Chapter 9: The road to hell

Chapter 10: The road of death and destruction:

Chapter 12: The road of silver

Chapter 13: The road to Northern Europe

Chapter 14: The road to empire

Chapter 15: The road to crisis

Chapter 16: The road to war

Chapter 17: The road of black gold

Chapter 18: The road to compromise

Chapter 20: The road to genocide

Chapter 21: The road of cold warfare

Chapter 23: The road of superpower rivalry

Chapter 24: The road to catastrophe

Chapter 25: The road to tragedy

“Brilliant and fearlessly wide-ranging … undaunted by the complexity of the material, and the scale of the subject he has taken on, Frankopan marches briskly through the centuries, disguising his erudition with an enviable lightness of touch, enlivening his narrative with a beautifully constructed web of anecdotes and insights, backed up by an impressively wide-ranging scholarly apparatus of footnotes drawing on works in multiple languages … This is history on a grand scale, with a sweep and ambition that is rare … a remarkable book on many levels, a proper historical epic of dazzling range and achievement” –  William Dalrymple, Books of the Year, Guardian

“Many books have been written which claim to be “A New History of the World”. This one fully deserves the title…It is difficult, in a short review, to do justice to a book so ambitious, so detailed and so fascinating as this one” –  Gerald DeGroot, The Times

“The author's gift for vividness is reminiscent of Jan Morris, while his command of revealing facts or fancies is not far short of Gibbon's” –  Felipe Fernández Armesto, Literary Review

“A book that roves as widely as the geography it describes, encompassing worlds as far removed as those of Herodotus and Saddam Hussein, Hammurabi and Hitler…It is a tribute to Frankopan's scholarship and mastery of sources in multiple languages that he is as sure-footed on the ancient world as he is on the medieval and modern” –  Justin Marozzi, The Sunday Times.

“The Silk Roads, which covers several continents and many centuries, is based on astonishingly wide and deep reading and in all areas draws on the latest research...it is full of vivid and recondite details” –  Independent

“This is, to put it mildly, an ambitious book...Frankopan writes with clarity and memorable detail” –  Economist

“Timely … it deserves a place by the library fireplace” –  Country Life

“With extraordinary erudition and a vivid style, [Frankopan] takes us on a dazzling tour ... from the rise of the first empires right through to the present” –  Open (Weekly)

“It's the details that win it. Did you know that Attila's Huns wore coats made from mouse skin?” –  Sunday Express.

“[Frankopan] tells a good story … with great panache. [The Silk Roads] is full of enthralling anecdotal details … Frankopan's research is impeccable. The Silk Roads is based on information from sources in well over a dozen languages. It has a sweeping canvas and covers more than 2,000 years of history …[an] exhilarating rollercoaster ride” –  New Delhi Business Standard

“A compelling narrative and is jam-packed with stories. It contains numerous snippets of information that shed new light on major world events” –  China Daily

“A compelling political, economic and social history that is as much about how we will live as how we once did” –  World Travel Guide

“An often exhilarating tour of 2,000 years of history ... Frankopan upends the usual world-history narrative oriented around ancient Rome and Greece and the irrepressible rise of Europe ... In The Silk Roads, Peter Frankopan has provided a bracing wake up call.” –  The National AE

“As incongruous it may seem to call an intensely-researched 600-page tome with 100 pages of footnotes a romp, The Silk Roads is a fluent, page-turning gallop through the roughly 2500 years from ancient Persia and Alexander the Great to the present day ... If one had to choose an up-to-date volume from which to glean an overview of world history, this might well be it” –  Asian Review of Books

“As well-written, entertaining, disturbing and exciting as a detective story” –  Svenska Dagbladet

“Frankopan handles his material deftly and has an eye for telling details...a clear theme is that globalisation is not a new phenomenon. This is essential reading” –  Prosper Magazine

“The most illuminating book of the year ... A healthy antidote to Eurocentric accounts of history [and] an impressive, if depressing account of the disastrous Western interventions in Central Asia” –  Books of the Year, Times Literary Supplement

“A very well-written and wide-ranging study, founded on reading of staggering breadth and depth ... Strikingly up to date. The author has used the most recent scholarship to impressive effect ... And he is evidently constantly rethinking in the light of new scholarship ... The book is full of fascinating insights ... No one could read it without learning a great deal, or without having their conception of the course of history radically challenged” –  Times Literary Supplement

“Frankopan casts his net widely in this work of dizzying breadth and ambition ... Frankopan approaches his craft with an acerbic wit, and his epochal perspective throws the foibles of the modern age into sharp relief” –  Publisher's Weekly

“Frankopan shows that even in ancient times trade and culture bound distant people togethers ... A rare book that makes you question your assumptions about the world” –  Wall Street Journal

“'Superb … Peter Frankopan is an exceptional storyteller … The lands of the Silk Roads are of renewed importance, and Frankopan's book will be indispensable to anyone who wants to make sense of this union of past and present” –  Dallas Morning News 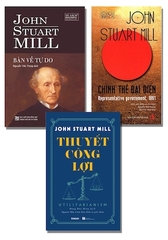 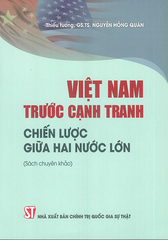 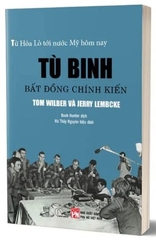 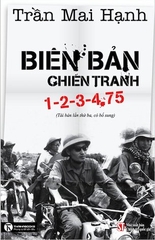 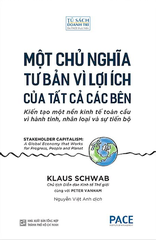 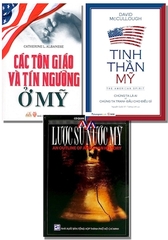 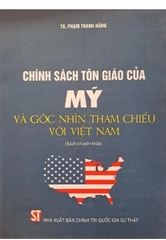 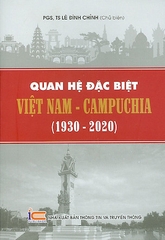 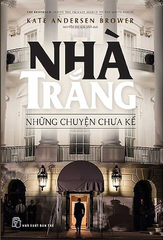 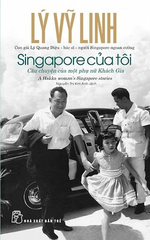 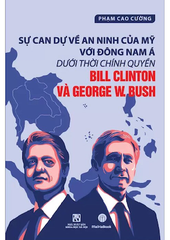 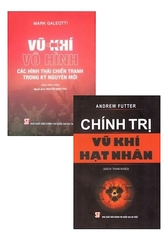 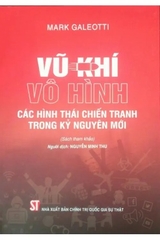 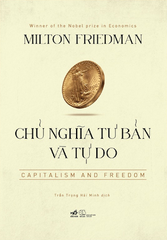 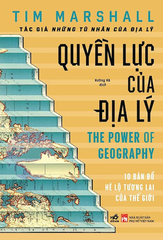 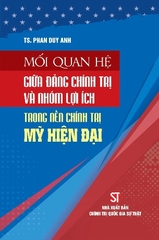